Spain’s involvement within the UK 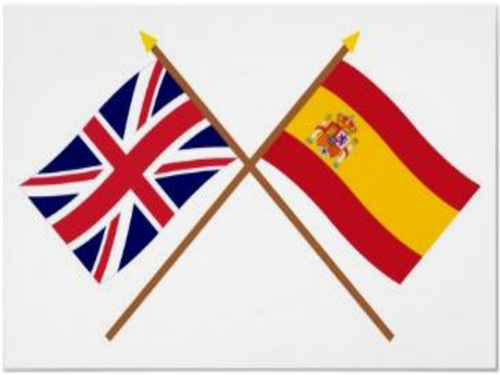 This week, just a bit of information concerning Spain's Involvement within the UK.

As you may know we have recently had the announcement that a third runway has been approved at Heathrow. The company who we associate more with the rail network, Ferrovial, will be the ones responsible for its implementation. So you may think rail network? Airplanes? Not quite the same, but if you look at their very large portfolio, you can see they currently have four airports in the UK, Heathrow already, as well as Aberdeen, Glasgow and Southampton. They say that they handle flights for 125 airlines each year, which in turn involves close to 89 million passengers. They are the parent company of Amey, a british named company, who themselves sell their services which include highway and rail management and maintenance. They were responsible for both the M4-M6 Toll Road and the M3 Toll Road. So a fairly big player in the scheme of things.

Ferrovial however are not the only Spanish company with an influence in the UK. Scottish Power, owned by Iberdrola, is the UK´s fourth largest energy provider. They have just been awarded a 165 million pound contract for a shipyard in Spain to build steel parts for wind farms.

Big players in Spain are becoming a common presence in the UK. So besides Ferrovial and Iberdrola, there is Bombardier España (Bombardier are the world´s leading manufacturer of both planes and trains), they were awarded a 490 million pound contract to build trains for UK railways.

Others we will know on a day to day basis are, Banco Santander, Telefonica (who took over O2), IAG (International Airlines Group) who own British Airways, Iberia, Vueling and Air Lingus, as well as another big player Inditex who own over 100 stores across the UK including Bershka, Massimo Dutti, Pull and Bear and Zara.

So it is surprising to see what Investment Spain has within the UK.