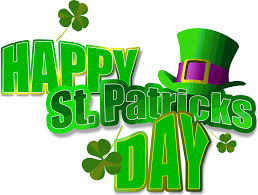 Come join us to celebrate St Patricks Day, with a pint of Guinness or a mineral, or whatever tipple takes your fancy.

Golf Sun is an Irish run property company and we would love to share with you all the upcoming celebrations in the area on and around this festival of our patron saint.

The St Patricks Day Parade at Cabo Roig strip is an established event in the area, and should not be missed.  The parade this year is on Saturday 17th March and we hope being a weekend will bring in record crowds to enjoy the festivities.

This year the parade committee are delighted to have secured the services of former Irish Taoiseach, Brian Cowan, as Grand Marshall of the parade.  Brian Cowan was first elected to the Dail in 1984, he has served in a number of ministerial posts including Labour, Energy, Transport, Health, Finance and was deputy leader from 2002 to 2008.  He had also served as head of the Irish government from 2008 to 2011.

In attendance also is Martin Quinn, Paudge Connolly, Cavan Monaghan, as well as other personalities on the day.

The parade will start at 2pm at the rear of Cabo Roig strip in the Aquamarina area. Many businesses are taking part and should anyone be interested they can contact Jimmy or Richie on 603114896 or 637490937.  There are prizes for the best floats offering prize money for 1st, 2nd and 3rd place.

In the lead up to the parade the committee have hosted a number of events, including a race night at O’Riordans in Cabo Roig, a Golf Classic organised by The Trinity, and they have a Ladies Day organised by Milos Irish Bar at 18.30hrs on the 13th March.  On the night food will be served throughout the night, live music a raffle and a stunning salsa extravaganza at their Sparkle and Shine Evening.

Many bars and restaurants are involved on the day offering promotions for the crowds to enjoy.  The celebrations of the parade will conclude with a fireworks display at 19.00hrs.

Also in the area, the local commercial centre La Zenia Boulevard on Friday 16th March  are hosting a St Patricks Day kids at 17.30 and earlier in the day on the 17th March at 10.00 the local CDM Sports Centre are holding a fun and activity filled day.

On offer at CDM they have a Cake competition, Paella competition, exhibition of dance, padel competition,  masterclasses, bouncy castle, as well as Irish music  .

So for a truly fun packed weekend, plan ahead and get prepared to enjoy the CRAIC.