Up up and away 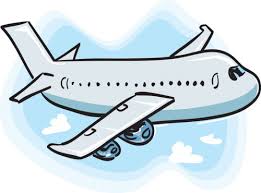 It doesn’t matter what time of year it is people love Espana.

It has been confirmed in the local press, that in new data from the Spanish government that statistics have shown that just fewer than 10 million international passengers have arrived to Spain by plane, in the last two months.

It is showing that this is nearly a 6% increase on the same period in 2017, with a large influence from the low cost airlines, with 52.2% of the market.  The low cost airlines at the forefront of these figures were Ryanair, Easyjet and Vueling, and between them they held 67.6% of the low cost market and of the total market, a formidable 35.6%.

The United Kingdom brought in just under a third of those passengers which is a tremendous amount tallying up a fantastic 1.5 million passengers. Germany came through second and Italy third, with both sharing an increase in their numbers of passengers since last year.

So with mild winters and the Costa Blanca enjoying an abundance of days of blue skies and sunshine, why not look for a property here, for investment, holidays or a new home.

We have something for everyone, whatever your taste, give us a call and let us fulfil those dreams!