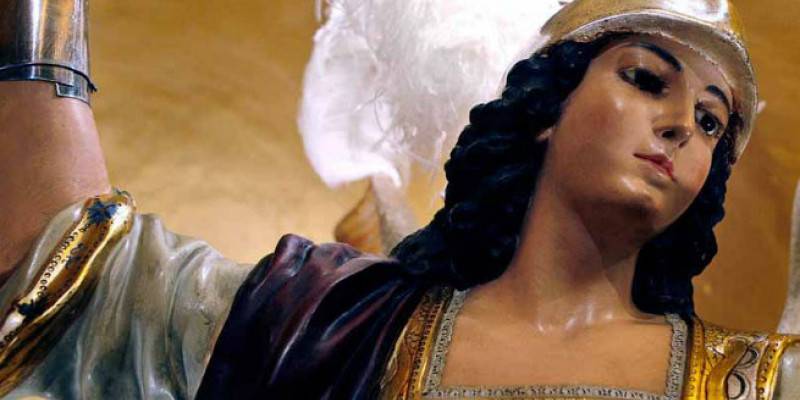 The town of San Miguel de Salinas has already started celebrating its annual fiesta in honour of San Miguel´s Arcangel.

Celebrations commenced on Thursday the 7th September and continue for a full month until 7th October.

The weekend is the inauguration of the fiesta and the coronation of the Fiestas´ Queens, this is followed by more entertainment by “The Three Tenors”

The 9th Tapas Route with a free tourist train commences on Sunday, with various things happening throughout the week in varying locations.

There are carnival parades the following week, dancing, singing, fun for the children with motorcycle racing and water balloon fights.

Friday the 21st you have the 2nd Barraca Popular Beer Festival, so go along to enjoy some beers and food of the Oktober Fest with live music and entertainment.

The weekend of the 28th starts with the floral offering in honour of their patron and music by the Mundial Orchestra, then celebrations continue in the Barraca Popular into the early hours.

On the 29th September Fireworks followed by a mass is held in honour of the Arcangel, followed by a procession and firework display, ending with a concert a “Tribute to Abba”.

For a bit of something you dont get to see all the time, there is a Horse and Carriage Parade through the streets on 6th October  followed by some Equestrian games. On the evening at the sports centre they will be hosting the 3rd Grand Prix.

The final day celebrations commence with rockets to announce the day, festivities are in the Plaza Jaime with a giant paella, inflatables  and live music.  Everyone is invitied.

If you live in the area, are on holiday or just visiting, for a bit of culture and celebrations spanish style, visit the lovely town of San Miguel.

Full details of the fiesta can be found at: http://www.sanmigueldesalinas.es/programa-de-fiestas-patronales-2018/