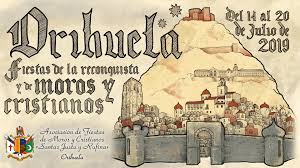 This weekend starts the fiestas and celebrations of the Moors and Christians.

The Moors had ruled parts of Spain for around about 700 years. To celebrate the reconquest of the country by the Christians, many cities hold festivals to honour this.

Most are held in the Valencian region around Alicante, and are made up of large parades and mock battles.

The start of the festivities can be truly amazing and really are worth seeing.  You have the arrival of both armies into the city.  The activities begin in the early hours of the morning, the towns streets, terraces and balconies are filled with people waiting to watch the parade.  Parading along to music all dressed in their finery the various groups that make up the Moorish and Christian entourage march in procession, each hoping to outshine the other with their costumes.

Along with the parade there is also religious ceremonies which are held in honour of the town or cities patron saint.

Some of the most exciting moments are the final battle, this follows the “embajadas” (the meeting of envoys), in which each side reads text in what’s an attempt to persuade the other to surrender. Of course, negotiations fail and a mock battle ensues, using lots of gunpower, it finally ends with the victory to the Christians.

The mock battle also marks the end of the festivities but as always you will be able to enjoy it again the next year, where often they are more spectacular.

Full details of the schedule of events in Orihuela City celebrations can be found here: http://www.orihuelaturistica.es/orihuela/web_php/index.php?contenido=esdev&idEsdev=197https://www.alicanteturismo.com/moros-y-cristianos/