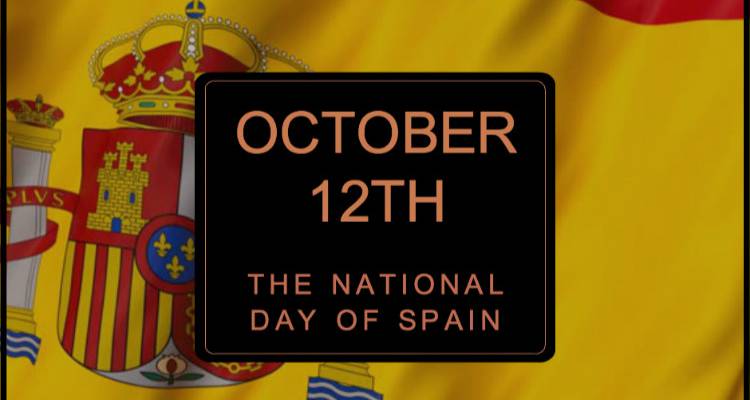 The Fiesta Nacional de España is the national day of Spain. It is held annually on October 12th and is a national holiday.

It commemorates the anniversary of Christopher Columbus's first arrival in America in 1492.

Since the 2000's, October 12 Is celebrated each year with a military parade. The parade (usually held in Madrid) and presided over by the king of Spain, who is head of state, as Spain is politically organised as a constitutional monarchy, he also joined by the Prime Minister who also has a role in the ceremony. Many more authorities are invited to attend such as ministers, leaders and foreign diplomats, to see the parade performed by the Spanish Armed Forces. The Spanish Air Forces aerobatic team (Patrulla Águila) typically puts on a display.

There are not usually many other parades, marches or events for this day except in the regional capitals.

Many local towns choose to celebrate Feast Day or also called the day of the Nuestra Virgin del Pillar (Blessed Virgin Mary), the Patroness of the Hispanic people. Following from traditional belief that Mary, whilst living in Jerusalem, supernaturally appeared to the Apostle Saint James when he was preaching in what is now Spain.