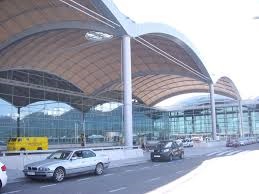 Record figures were reached at the end of 2019 at Alicante Airport, with statistics showing that it had dealt with over 15 million passengers, an 8% increase, up from the 13.9 million in 2018.

Both local press and radio have reported on this, confirming the figures are due to good connectivity and the out of season appeal of the Costa Blanca.

These figures show that Alicante airport is showing high numbers similar to those at Athens, London Stansted, Malaga, Milan, Palma and Prague airports.

There has been an increase in the number of Brits using the airport with an increase of 4.4%, showing that our region is still a favourite destination for the UK market.

It has been reported that there are plans to improve further the facilities for passengers by introducing a new outside smoking terrace, plus a possible underground train station linking the airport to Alicante city.