A treasure for foreign tourists 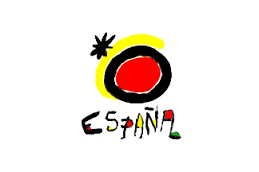 We must be popular, it has been confirmed that the amount of foreign tourists visiting the Valencia Region between January and May this year totals 1,869,411. This is 20.2 per cent more than the same period last year and is well above the national 13 per cent average increase in visitors.

The amount of foreign tourists visiting in the region was also higher than other popular tourist hotspots Madrid, Cataluña and the Canary Islands.

Francesc Colomer , Regional head of Tourism, said,¨ the figures bode well for a successful summer, particularly as travel agents report an increase in enquiries of Spain amidst political unrest and terrorist fears in other popular destinations such as Egypt, Tunisia and Turkey¨.

It was also noted that tourists from our close neighbours, the French, visting the Costa Blanca, increased by 44.9 per cent in the first half of the year , followed by the UK with 29.6 per cent more than in 2015 and Scandinavia with 16.8 per cent.

So we must still have it! Sun Sea and Sangria

If you have property here already, you are already enjoying the benefits, if not come and have a look at what properties are on offer, you will be surprised at what awaits you.